Naofumi and his friends defeat the Spirit Tortoise after it rampages across the country. They leave in search of the other missing heroes and meet Ost along the way, who says she is one of the Spirit Tortoise s servants. She tells Naofumi that the Spirit Tortoise is still alive and that someone is pulling the strings to use the tortoise to destroy the world! Can Naofumi protect those he loves from this new danger?

The Rising of the Shield Hero, Volume 7 continues the new story arc that began in Volume 6. The end of the last book made it pretty clear that things were far from over with this latest threat. And that’s 100% what Volume 7 is about: dealing with the latest threat. I hope you enjoyed the world-building in the last book because there’s very little room for more of that here. This entire book is just one massive fight scene. It was almost like an overly long shonen story arc.

Now, the issue is basically what the series is now compared to what it was. The big draw for me initially was how Naofumi was the underdog. The world sucker-punched him in the gut, and he resolved to get through it through his own grit. And then, he did that. We’re past it now. He still has his allies but is now bolstered by national support since the other heroes have fouled things up so badly by this point. He’s not the underdog anymore. Which, I mean, I’m not saying he should have wallowed in misery forever, but things turned around pretty completely for him fast. Even if the whole experience did leave him pretty jaded.

Maybe it’s more the translation than anything else, but the writing in this series has always just been ok. I don’t want to call it bad but it’s very…direct. The ideas are there but they’re not being handed to the reader so much as thrown at them. Since this volume is just a fight and not many new ideas are introduced, it struggles to hold up to the previous volumes. Yeah, we get to meet the new bad guy but he’s so generic. Basically, just your standard cocky villain. And Rishia gets a big character development moment at the end but that’s kind of it. Everyone else is just doing their usual thing here.

This is very much a transition point in the current story arc. It’s not the most exciting part of the story but it does need to happen to bridge the more interesting bits together. The epilogue was extra neat too and shows that things are going to pick back up in Volume 8. I’m just hoping at this point that Shield Hero doesn’t jump the shark the way a lot of other long-running series do eventually. Here’s to hoping. 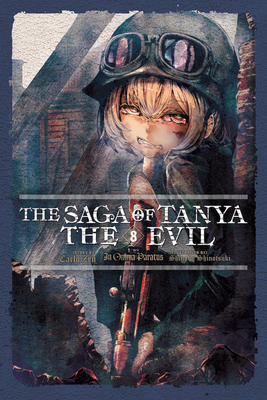