A deep sea submersible pilot revisits his past fears in the Mariana Trench, and accidentally unleashes the seventy foot ancestor of the Great White Shark believed to be extinct.

The Meg was, overall, surprisingly average. Shark movies tend to follow one of two formats. Older films are typically some kind of Jaws knockoff. These films attempt (keyword: attempt) to be thrilling and dramatic. Newer films go the complete opposite direction and embrace their inner Sharknado. Wacky craziness as the movie becomes a parody of itself. The Meg felt like it was trying to do both and hung itself up pulling in opposite directions. On the whole, The Meg could be defined as a drama. There is humor, but it is mostly restricted to one-liners for brief bursts of laughter.

This is also one of those movies that is more based on the book than anything else. The biggest change from the source novel was easily the characters. Namely the main character, Jonas Taylor. In the book, Jonas is a traumatized, somewhat meek scientist who is somewhat ready and somewhat forced to face his demons years after his first encounter with the Meg. In the movie, he is Jason Statham (‘nough said). Most of the other characters had just as drastic changes to their personalities. Some of them outright had their names changed as well.

The story follows the book’s plot as loosely as the characters do. These changes are not exclusive either, like Jonas being changed from a scientist/explorer to former search and rescue for his backstory. The Meg itself is also encountered much sooner with more run-ins between man and shark throughout. Some of the changes were welcome and made the film more plausible with the book, particularly the Meg’s origins and the final battle against it. Other changes were somewhat necessary since the film is modern day and the book is over 20 years old. Mostly better, sleeker technology being used in the shark hunt.

Enough was changed that The Meg does not leave itself open to a sequel like the book did. Not that that is necessarily a bad thing. At the end of the day, The Meg is a high budget B-movie. Visually, the film is great. But as far as plot, character development, and acting goes, it is a B-movie. Not quite to the level of being MST3K or Svengoolie worthy, but still a B-movie. This movie is not good enough to be good or bad enough to be good. It floats in the middle which, like the film, is not really good or bad. 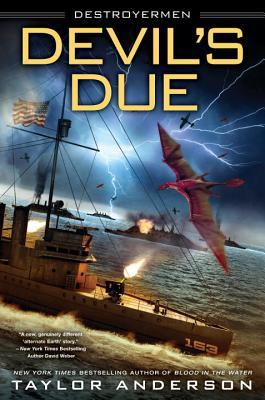